Fairfax & Favor we founded in 2013 and are still a relatively new brand, however their perfect blend of traditional British country style, with extreme comfort and modern contemporary elegance has prospered their reputation into a national success. After realising a gap in the market, Fairfax & Favor gave the Spanish riding boot a new song to sing, producing the Regina boot with a slim fit, stylish heel and interchangeable tassel, the Regina soon flooded the market. Fairfax & Favor have now expanded their range of footwear, and produced a beautiful array of handbags and purses to match.

As Fairfax & Favor stockists it has been a pleasure to see our customers come back for new pieces from our ever-expanding Fairfax & Favor range. Whether you are on a day’s shoot, or out and about at the smartest venue in town, Fairfax and Favor is a must-have for all occasions!

Allcocks Country stock some of the favourite Fairfax & Favor boots, shoes, handbags and accessories, so be sure to check out our collection and find the perfect pair. 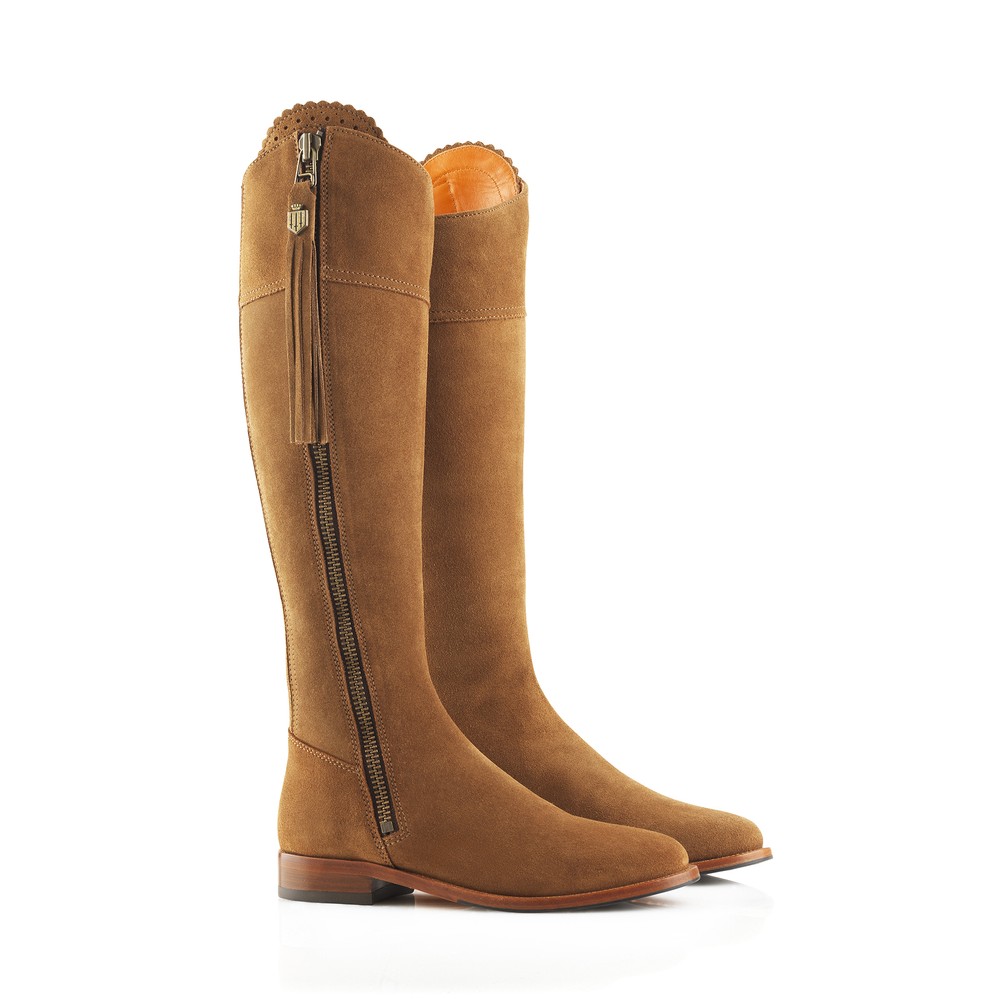 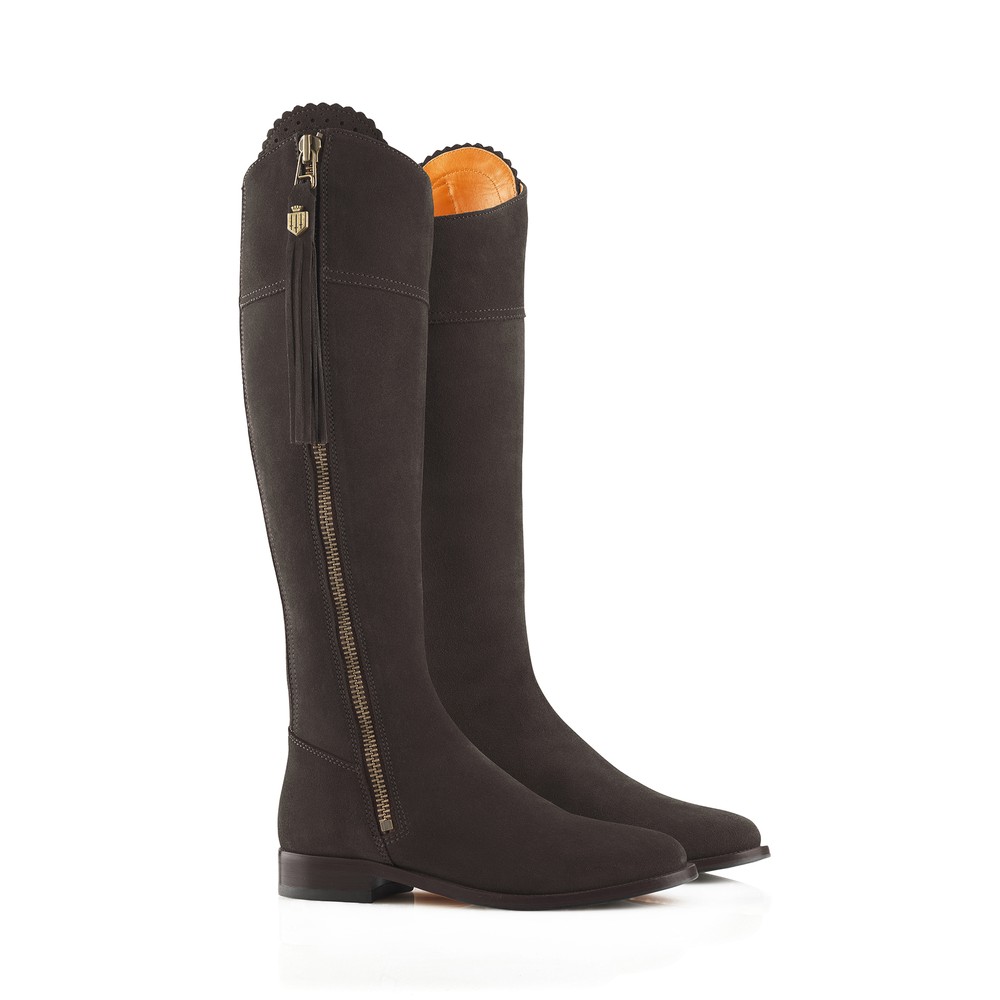 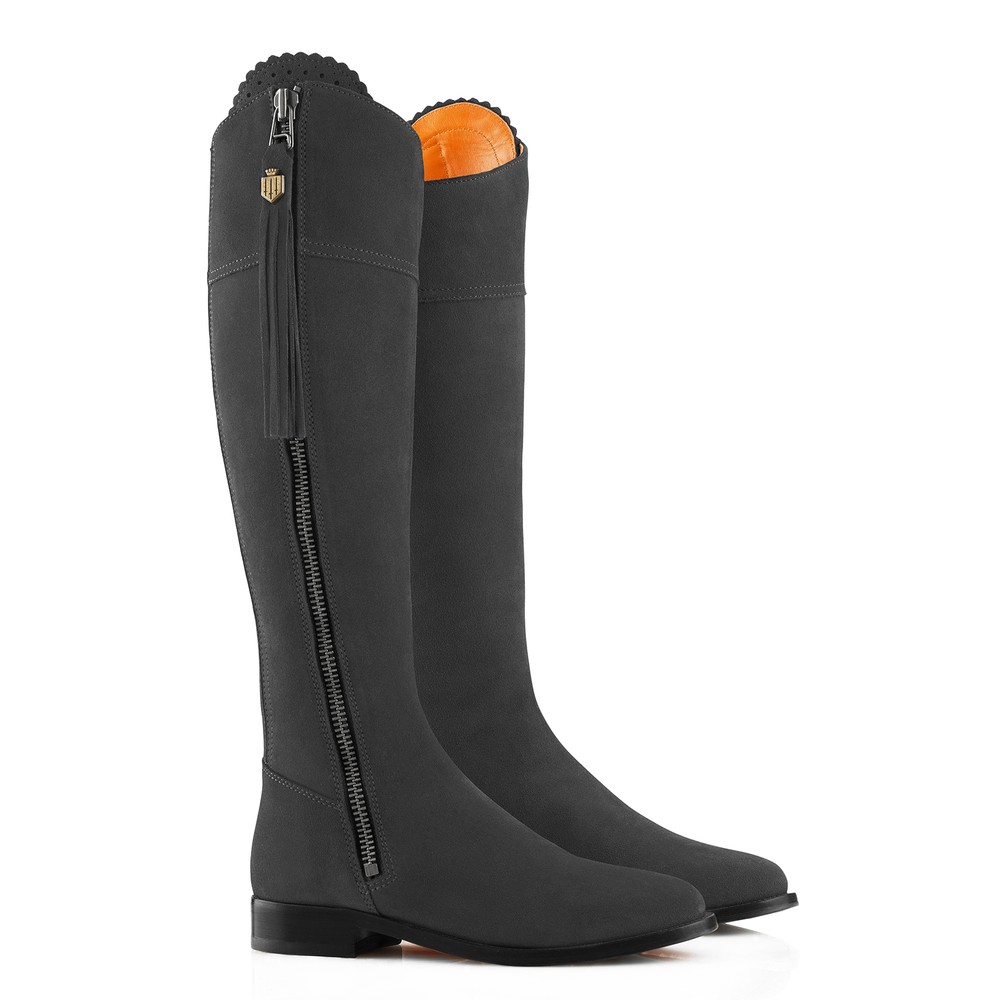 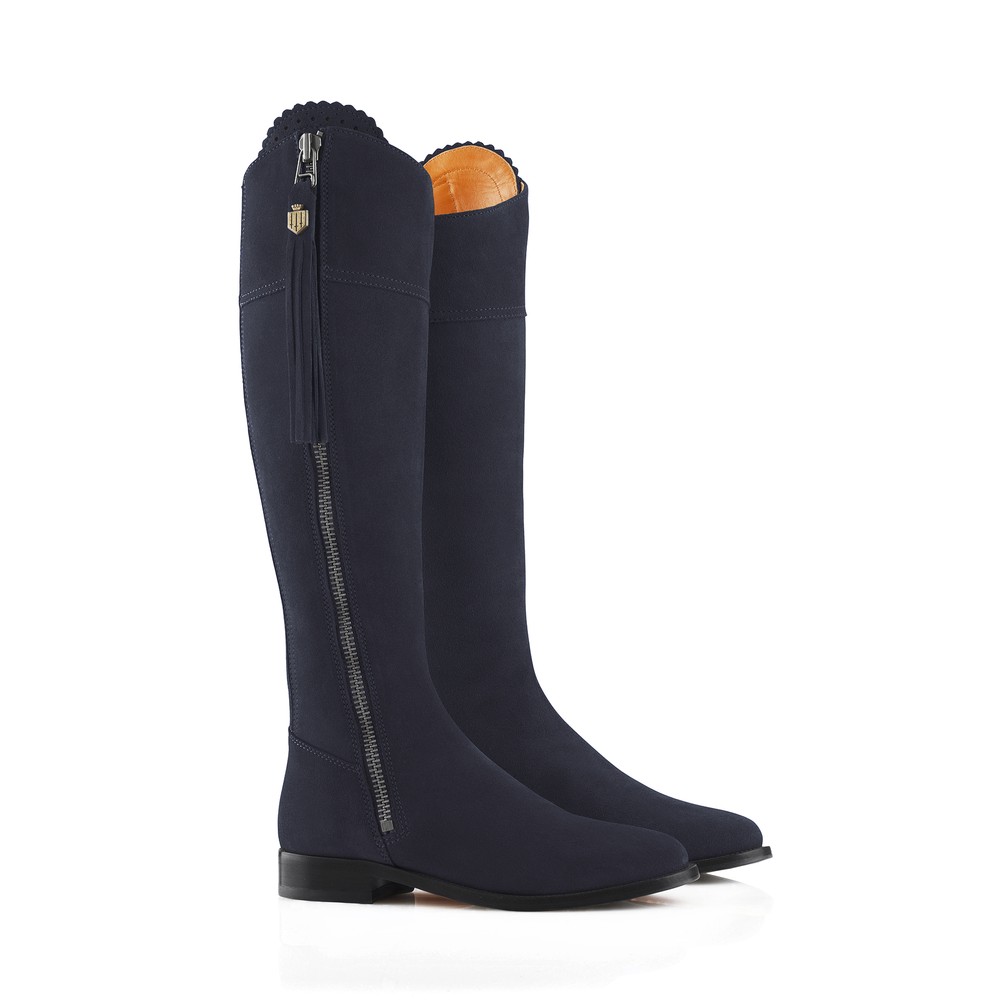 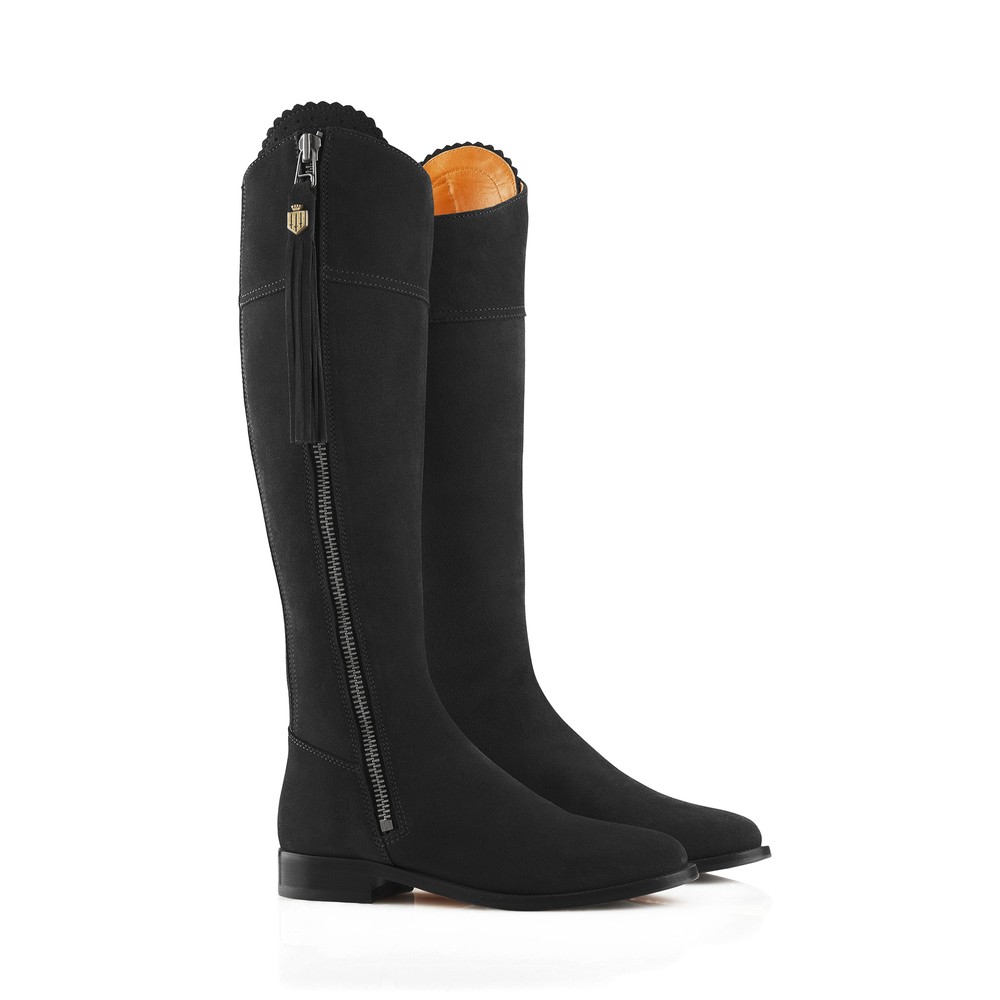 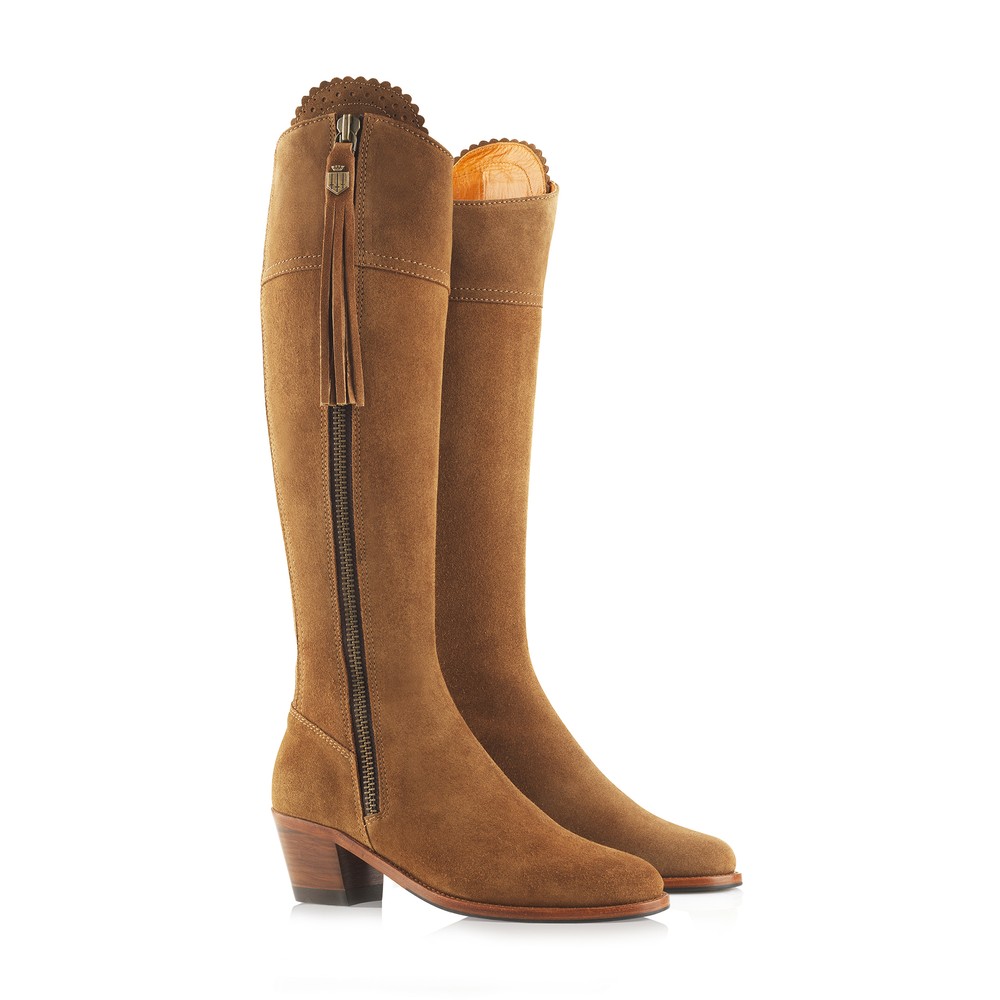 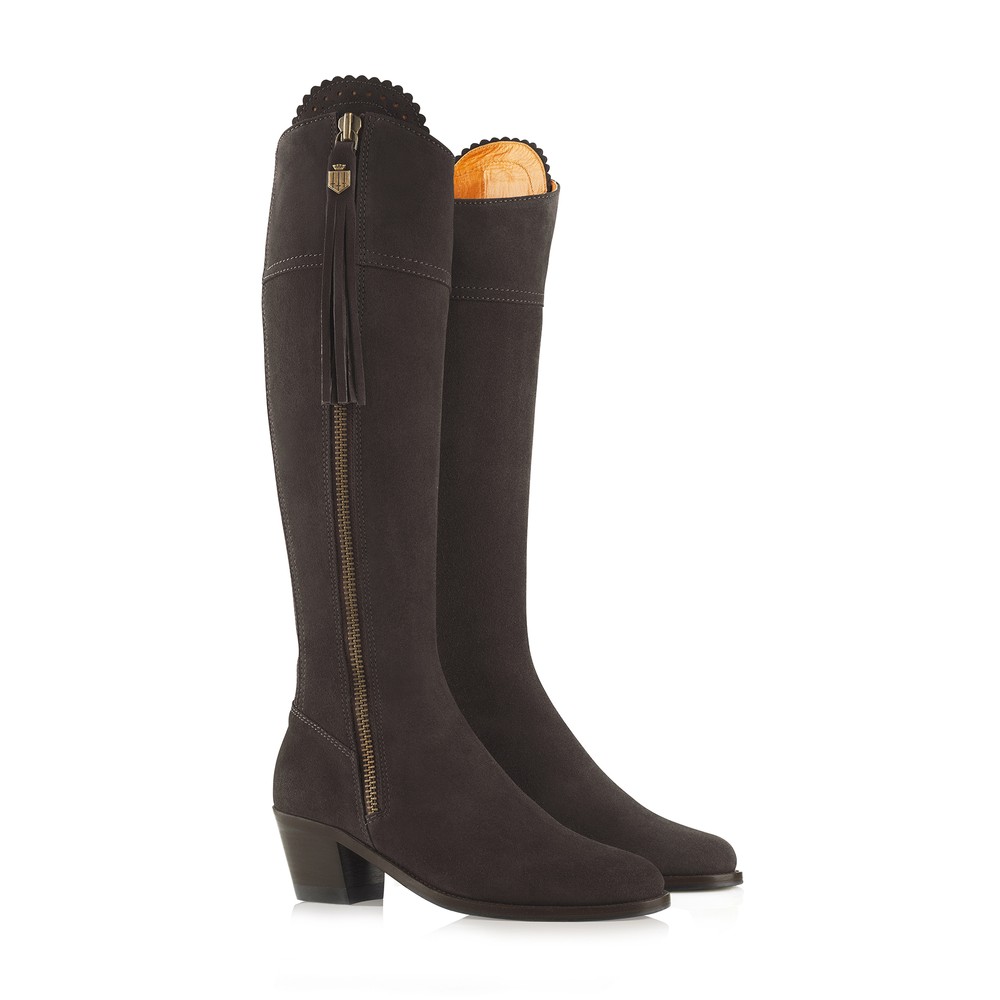 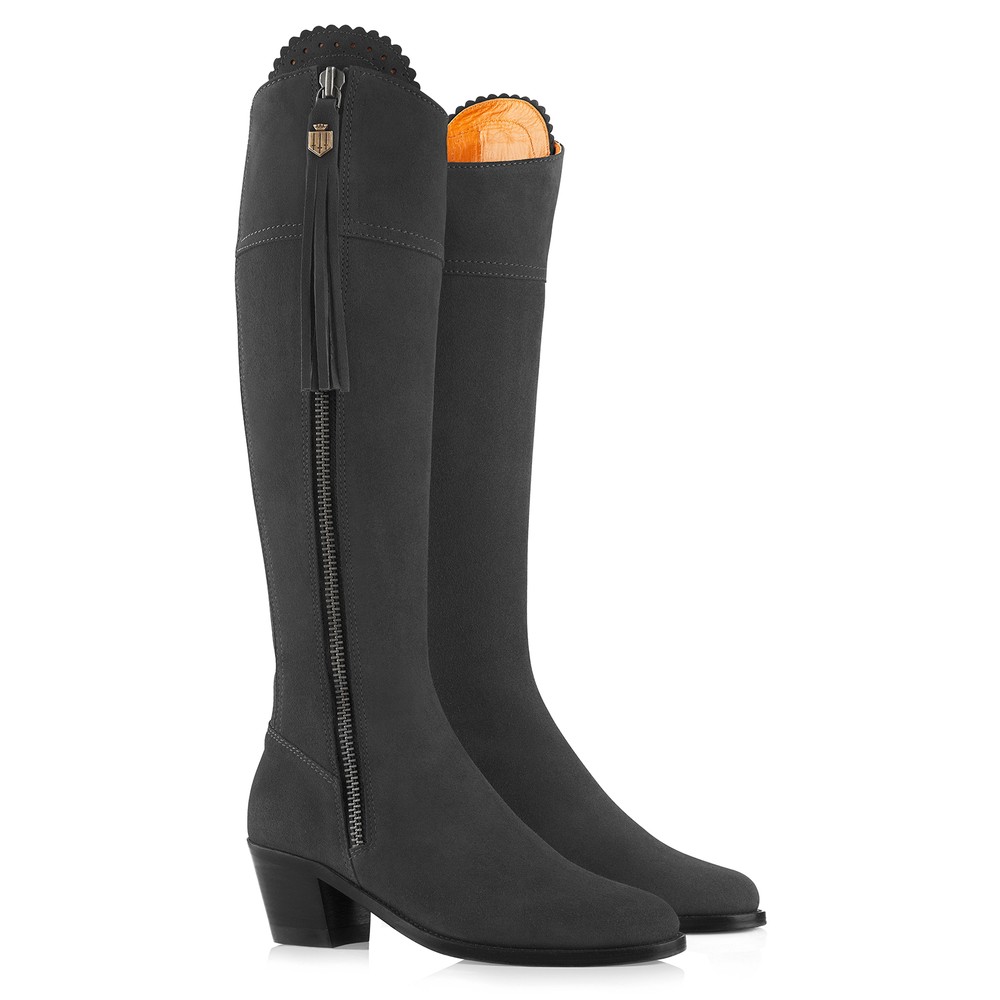 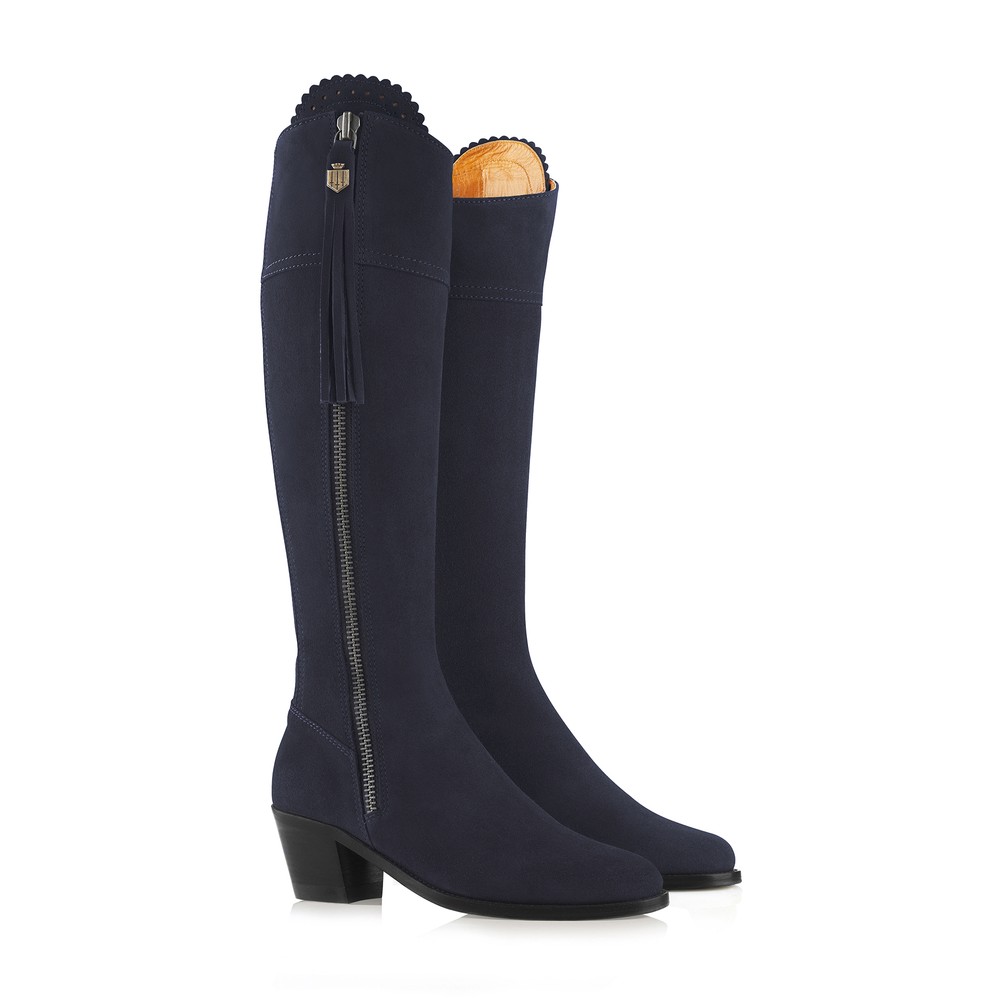 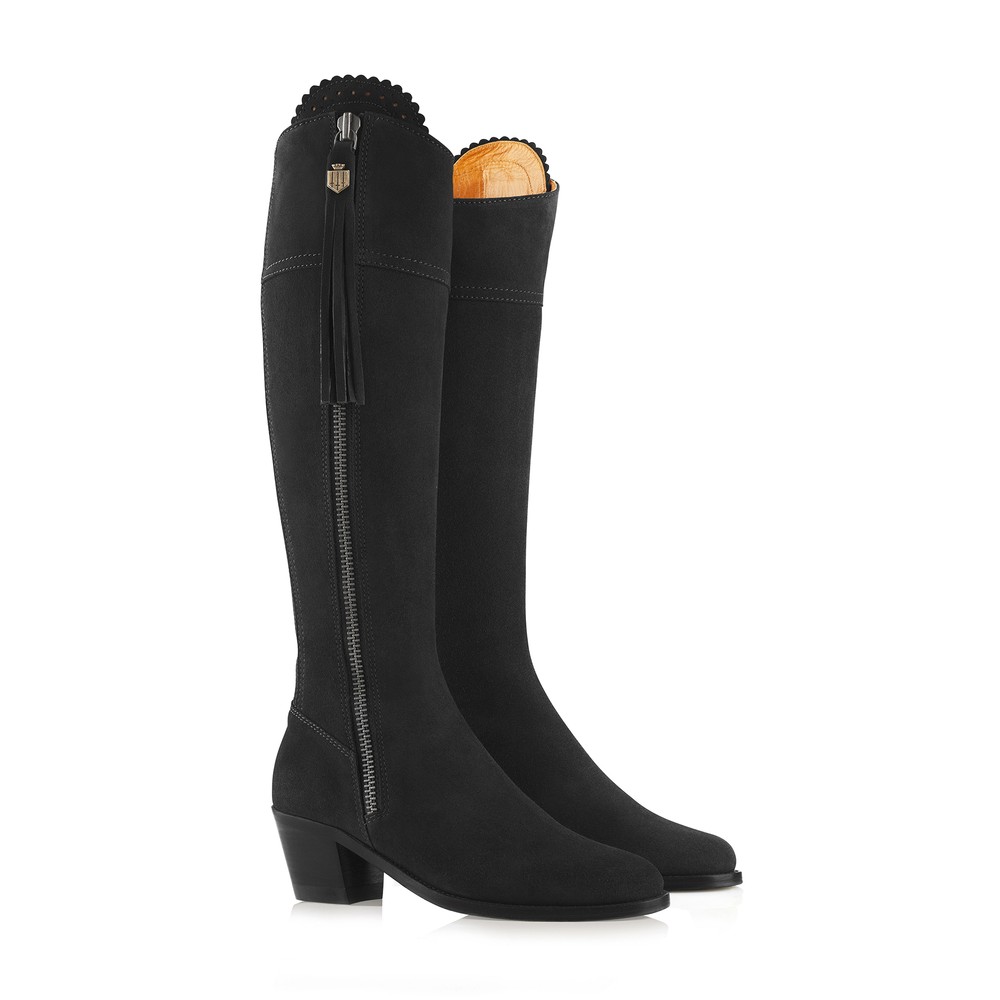 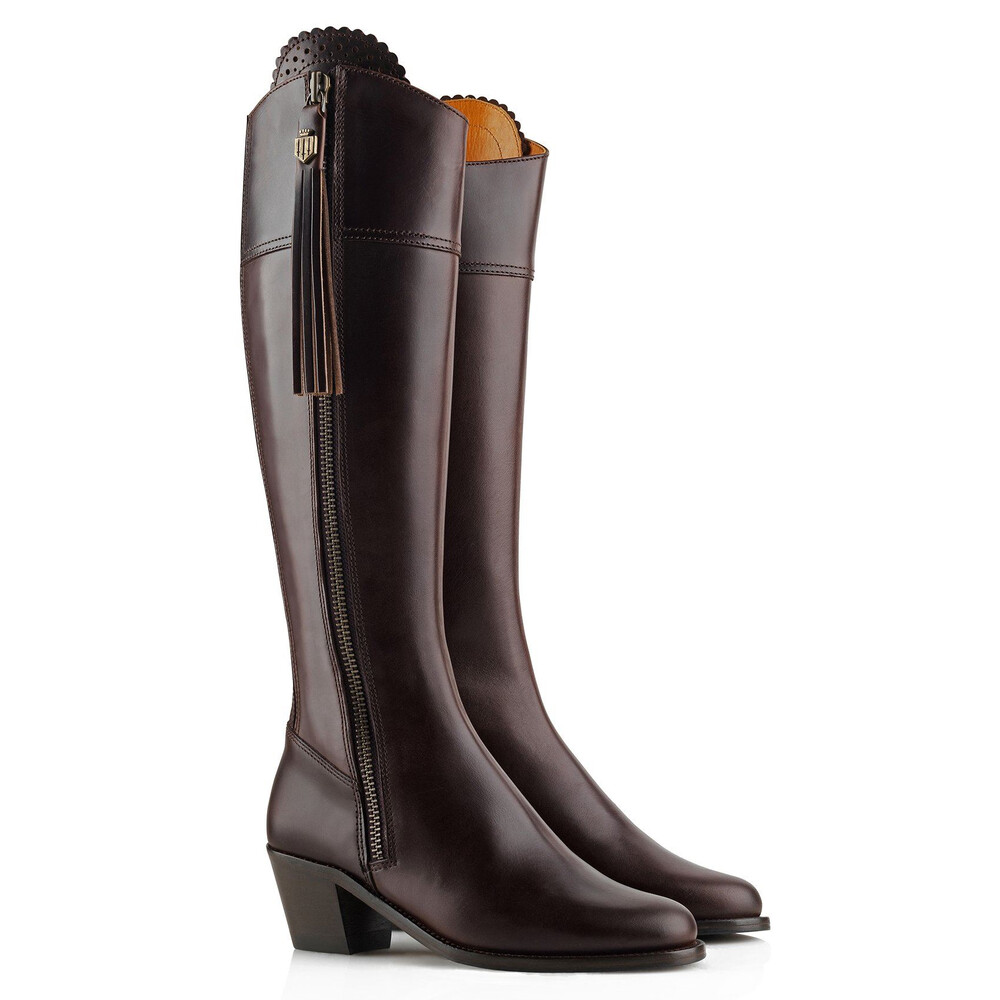 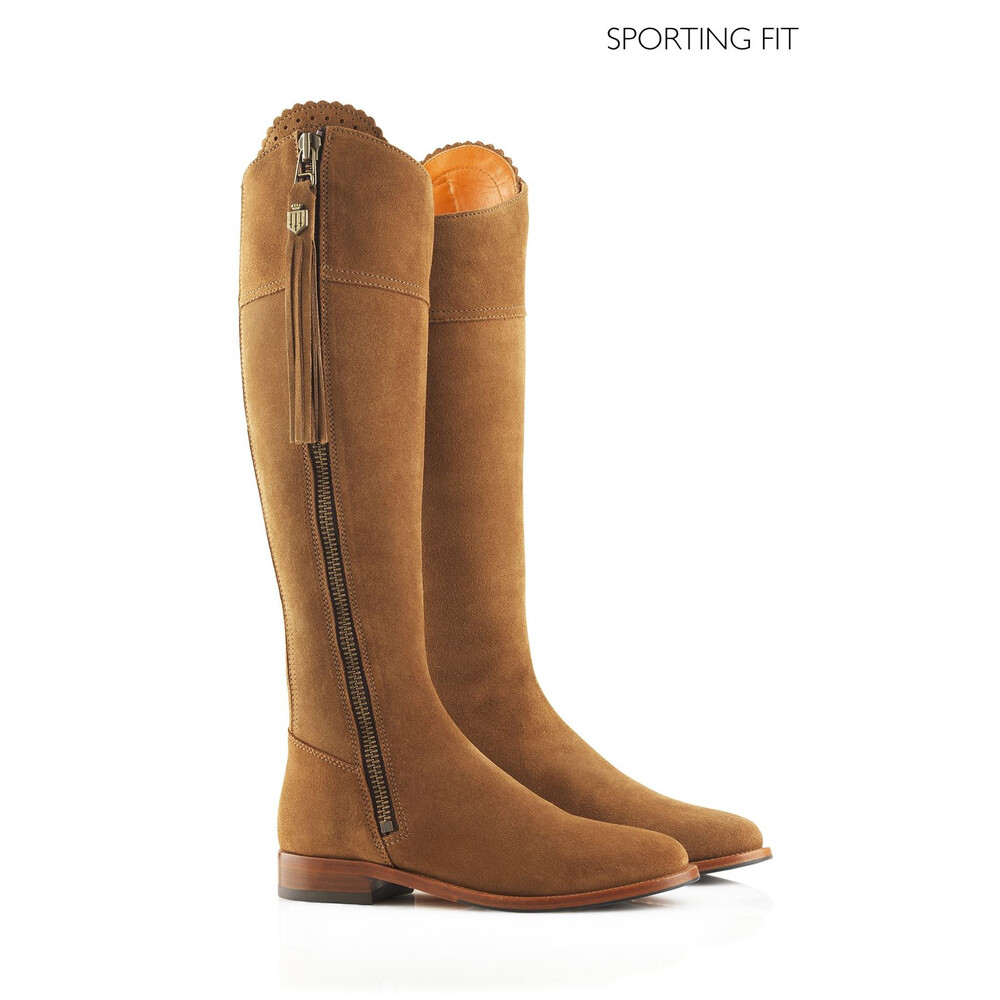 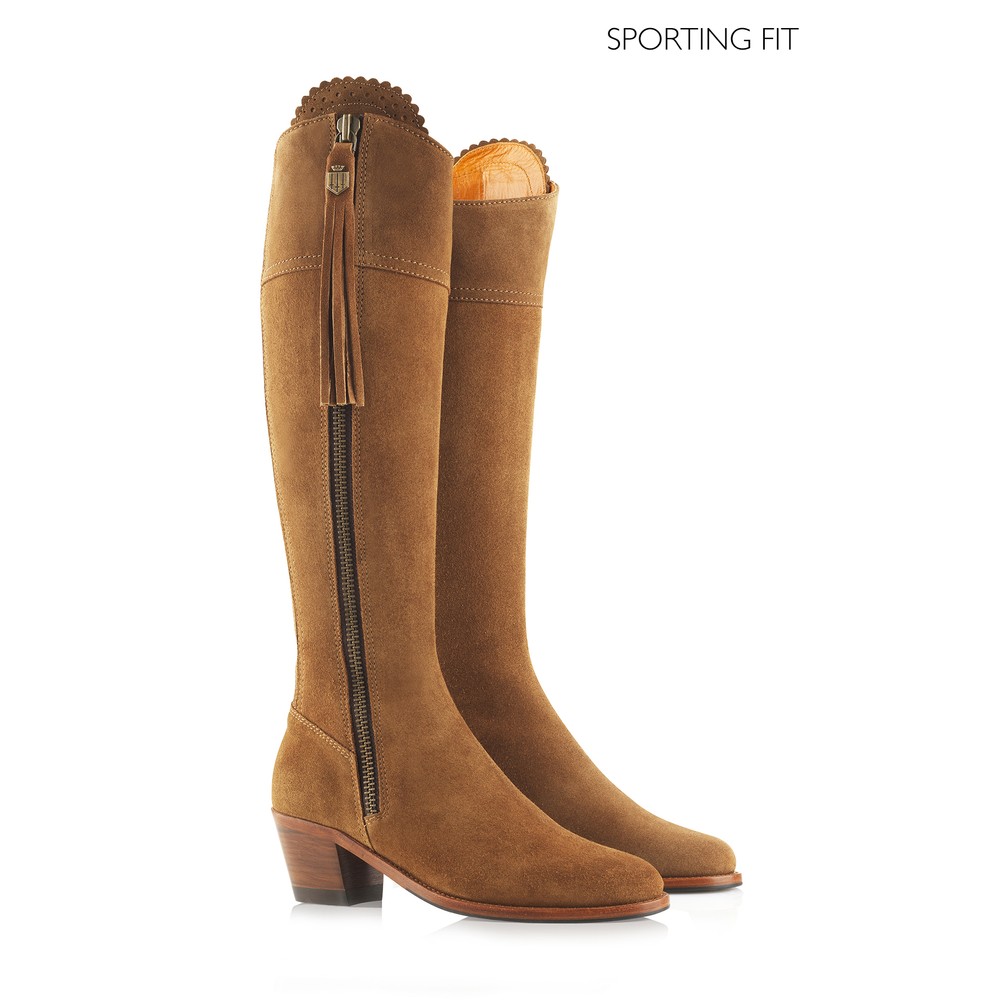 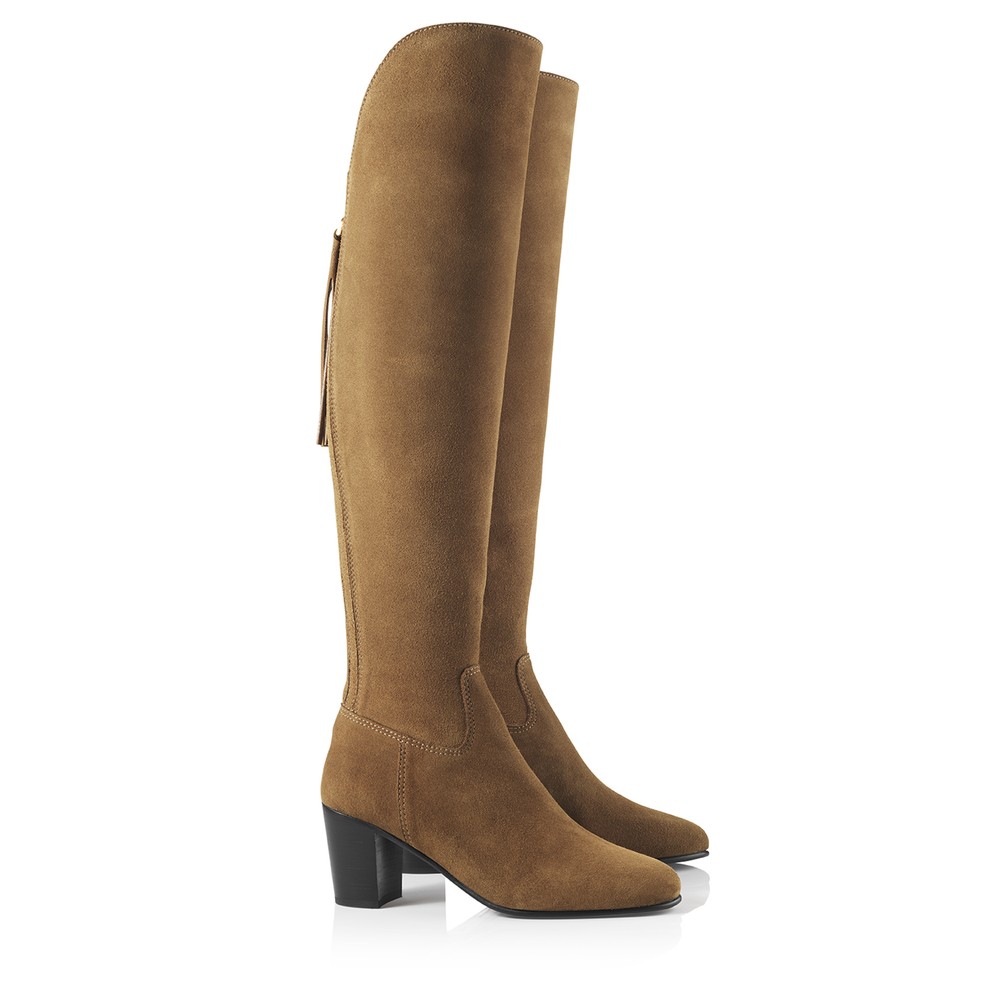 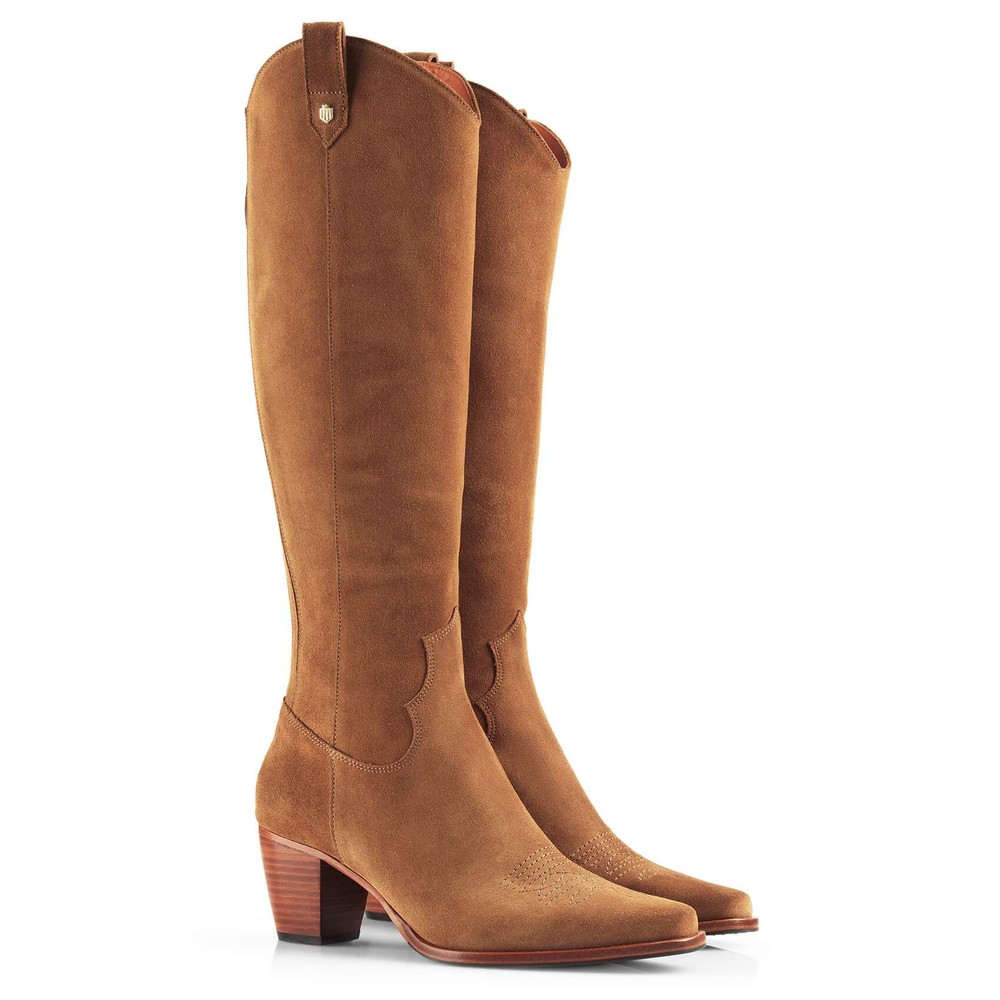 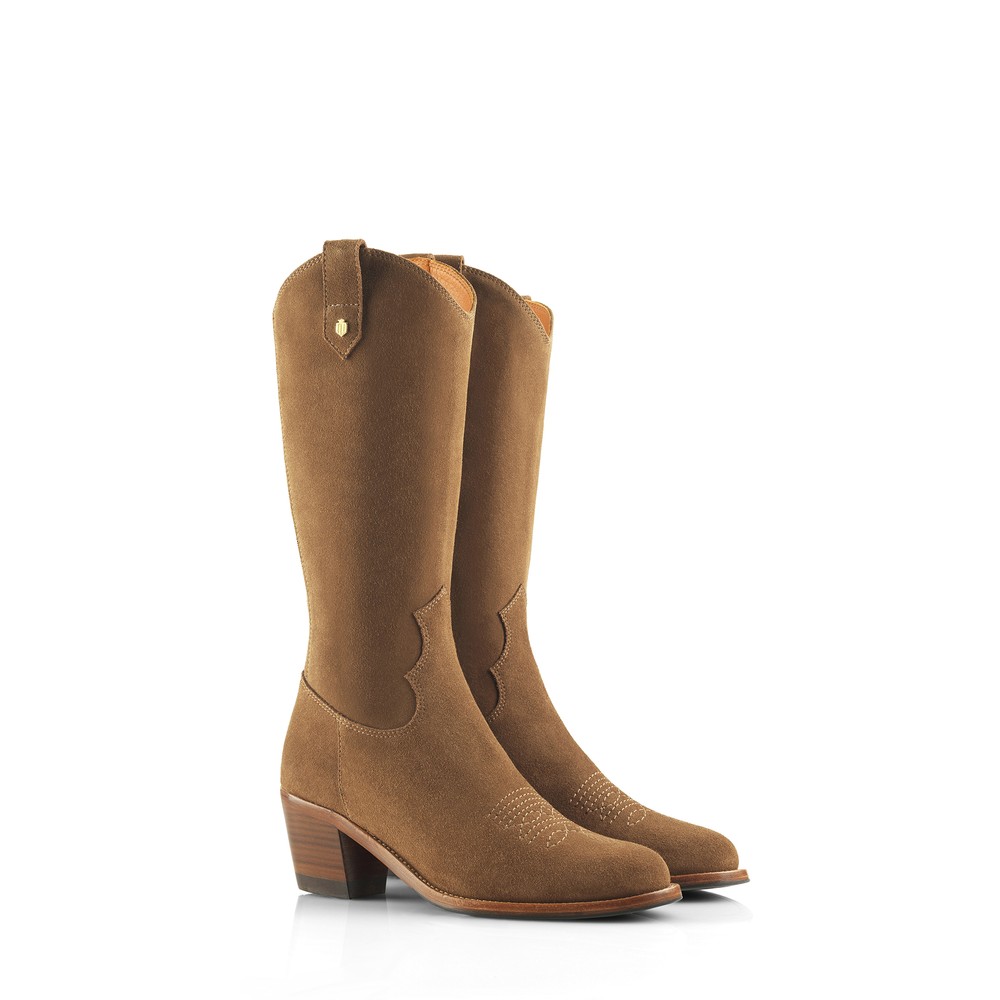 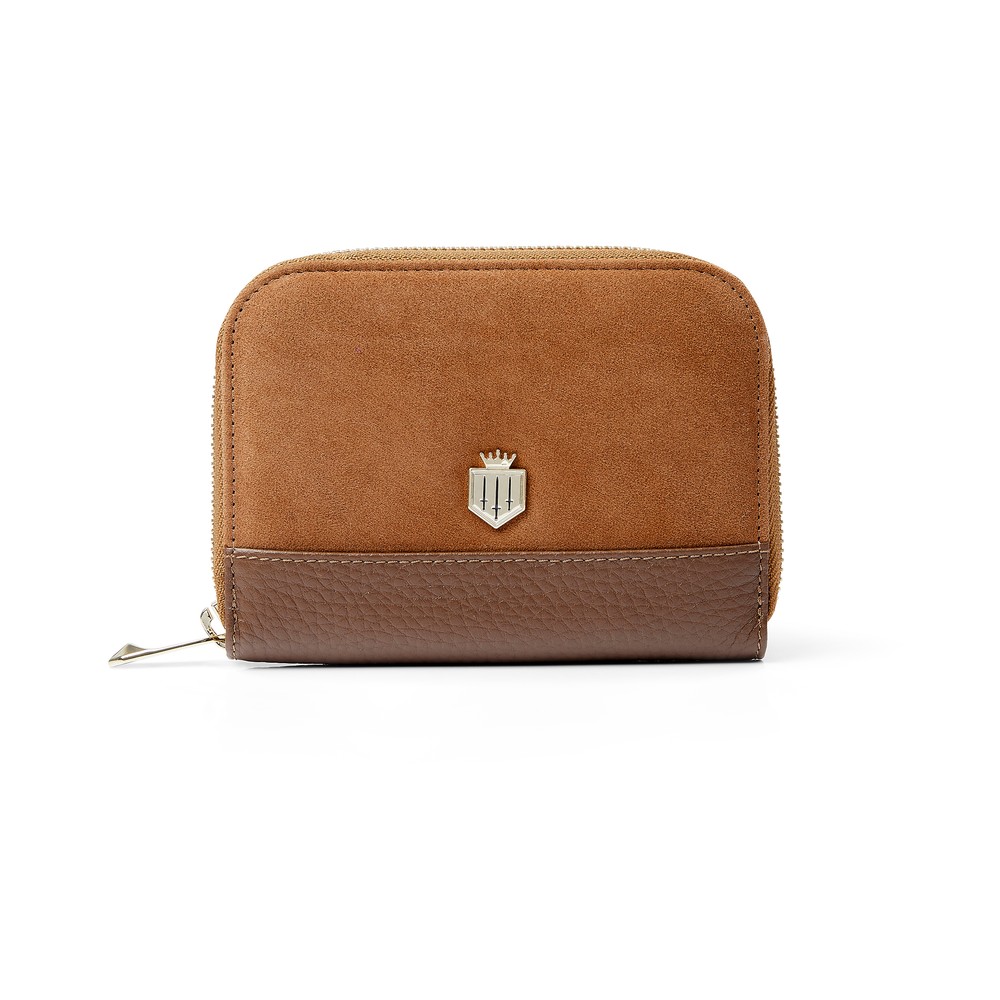 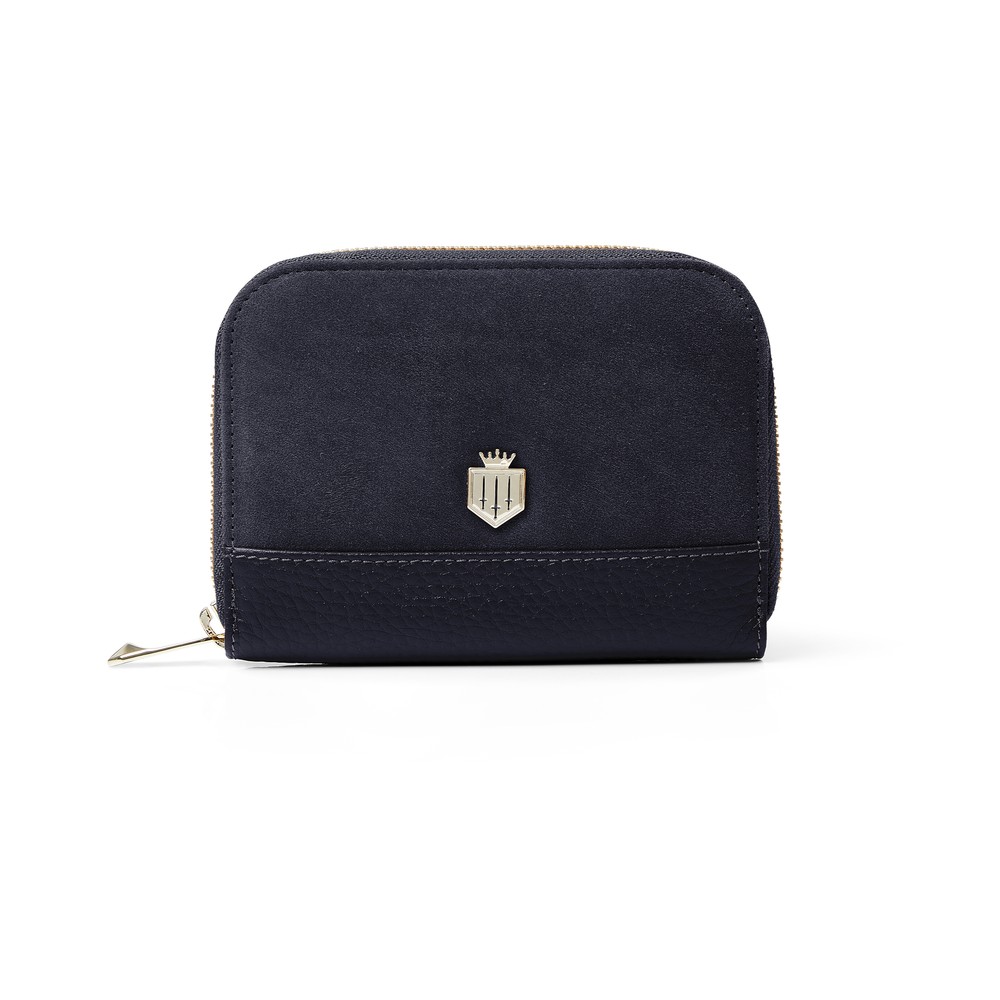 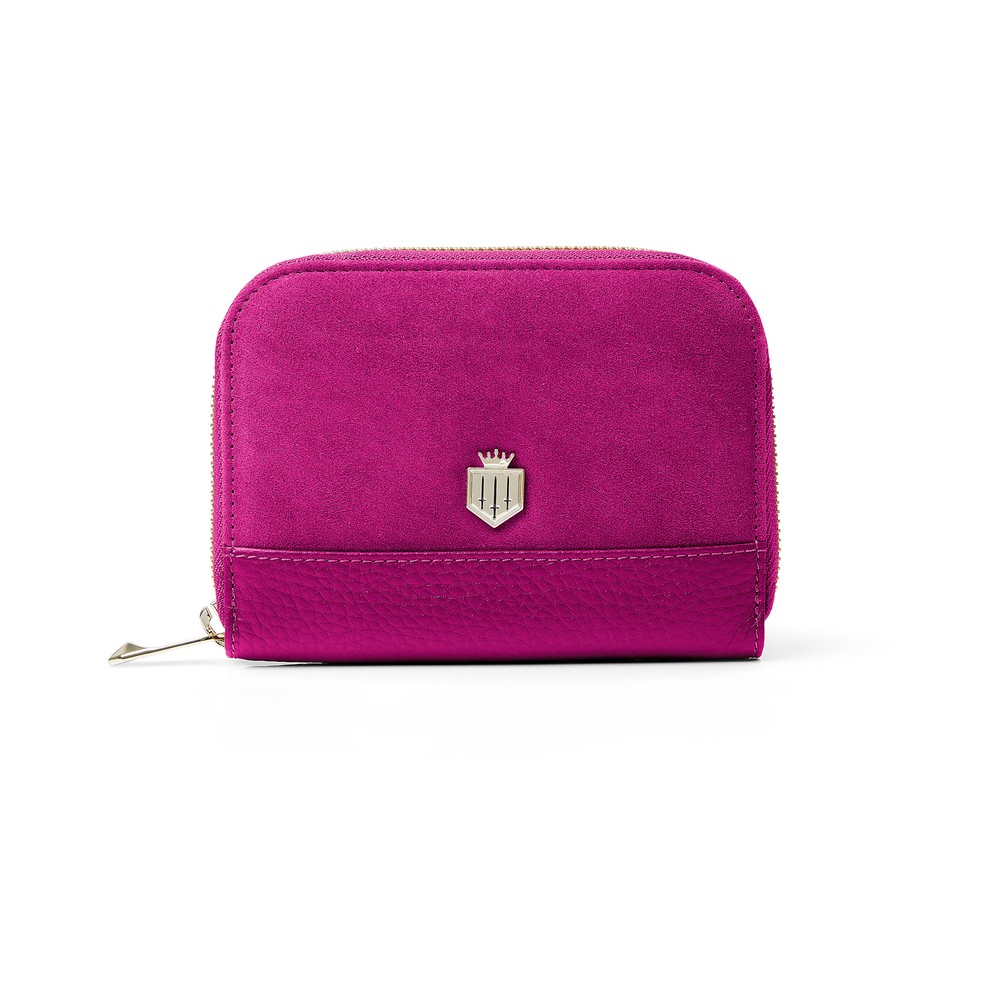 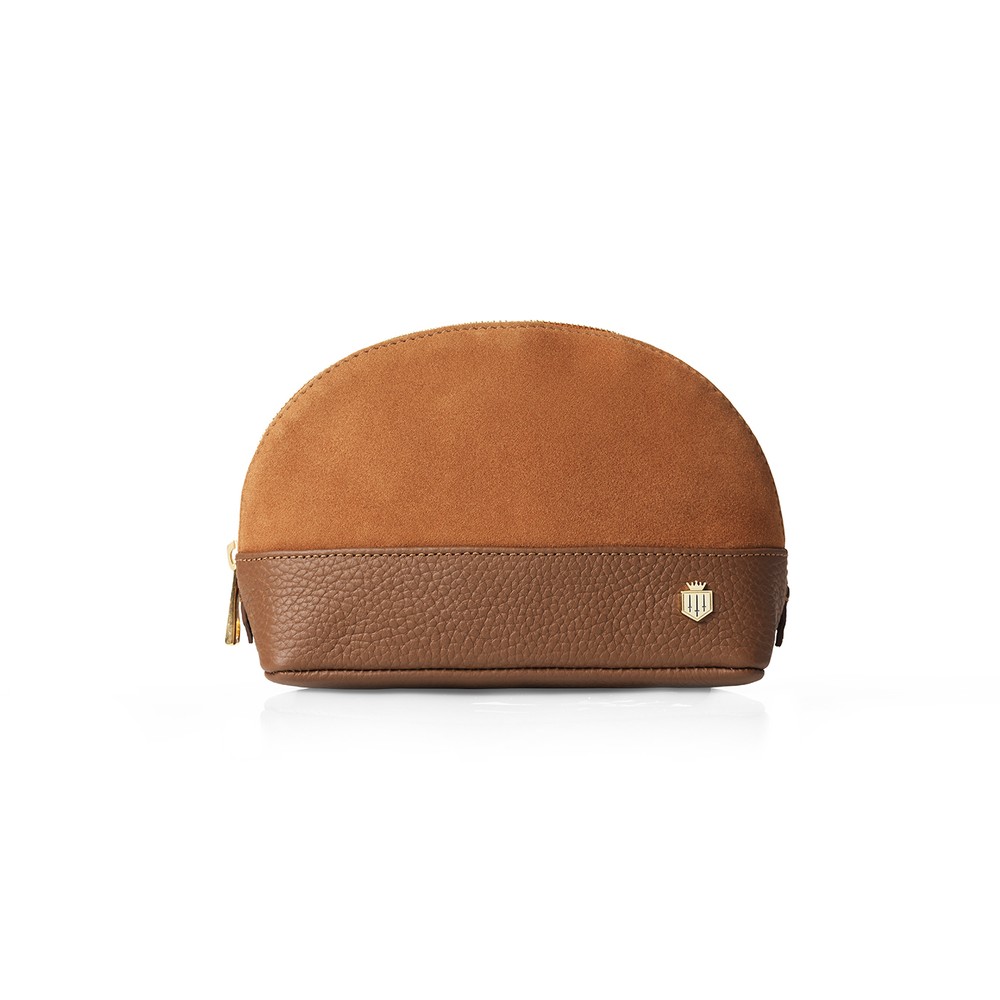 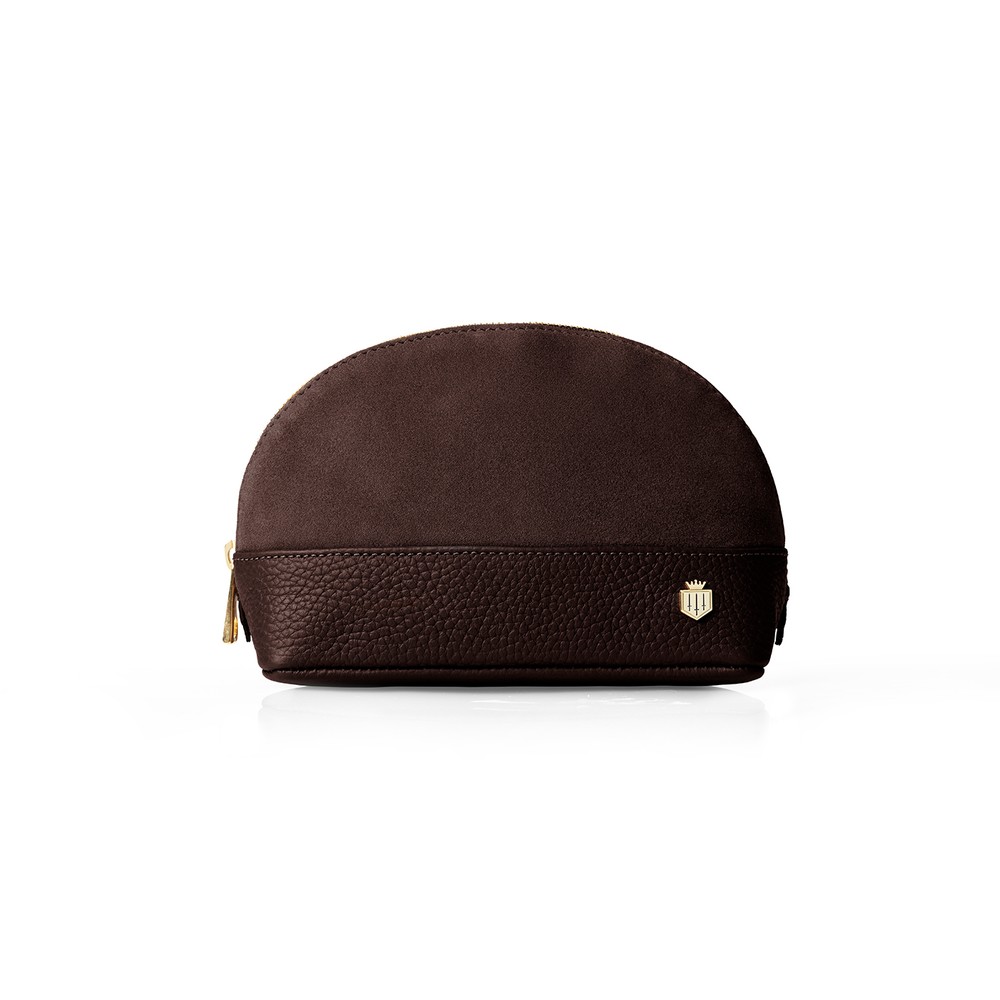 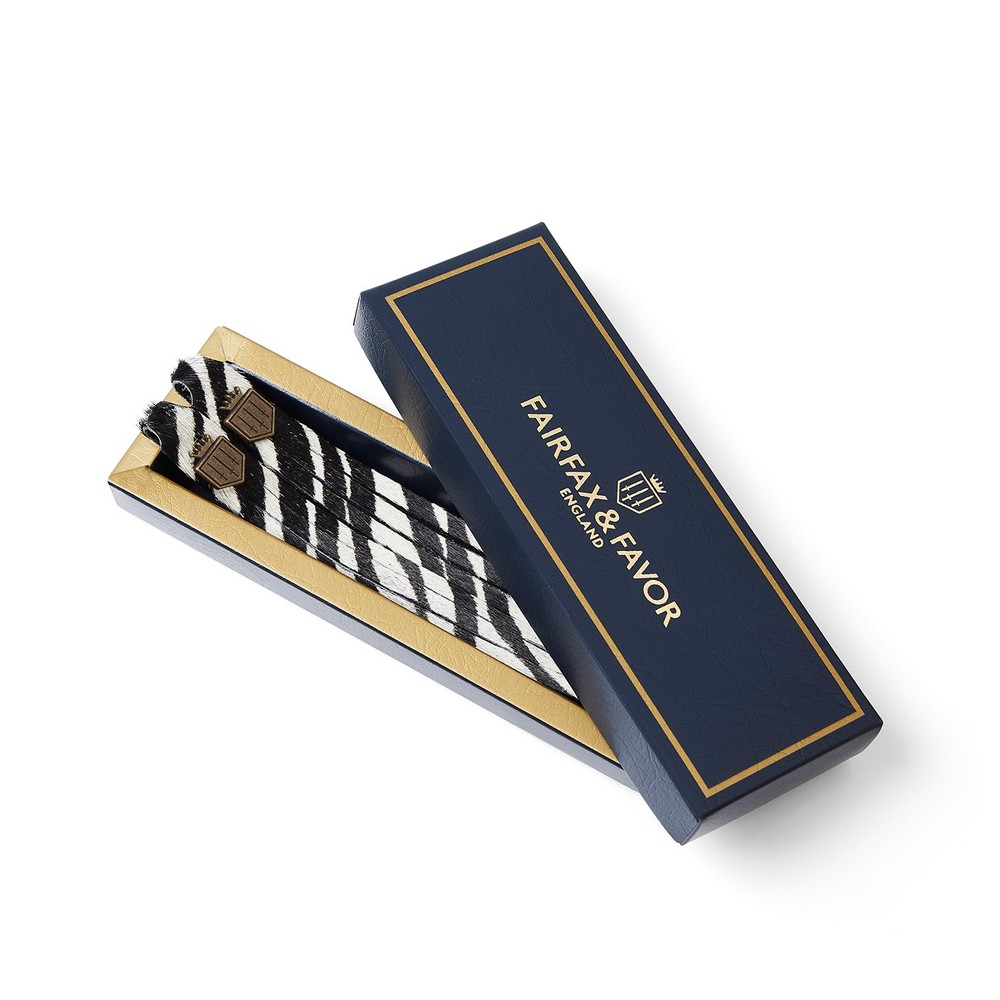 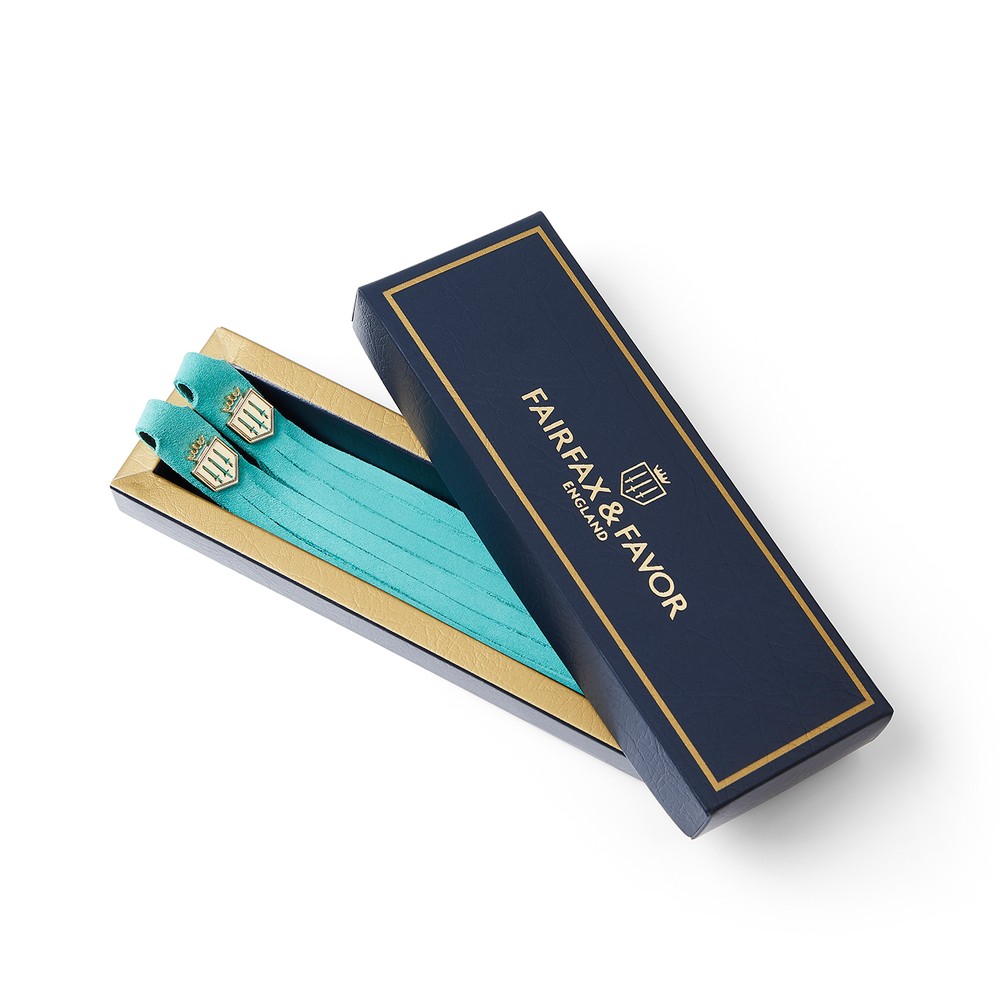 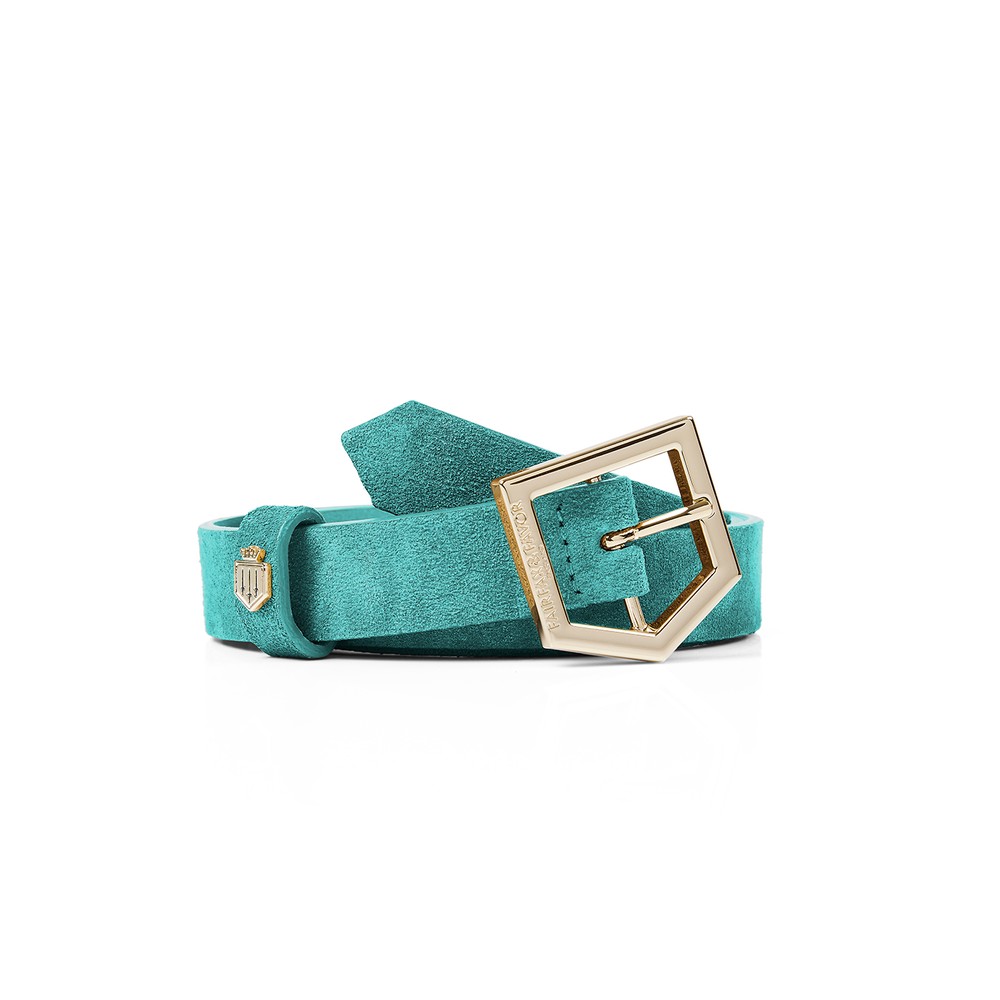 As honoured Fairfax & Favor stockists, it has been one of our most fast expanding brands. In 2015 we placed our first cautious order which only included the flat Regina boot in two colours, and only three sizes of each colour, and the heeled Regina in one colour, and three sizes. Looking back at this order now we can only laugh as we had no need to be so cautious. The Fairfax & Favor range at Allcocks has rapidly increased, now being one of our most popular footwear and accessories brands. The range now includes several long boots with a wide variety of colours, calf and heel sizes, men and women’s chelsea boots, loafers, drivers shoes, handbags, purses, boot tassels and a selection of care products.

Fairfax & Favor, commonly mispelt ‘Fairfax & Favour’, was established by two childhood friends ‘Marcus Fairfax Fountaine’ and ‘Felix Favor Parker’ who had a dream to launch their own business venture.

Their first idea was to create a ‘the most epic bouncy castle experience ever’. Unfortunately, after realising the cost of the equipment and insurance this plan soon went up in smoke. Time to reassess. Studying at university, Marcus and Felix spent their holidays splitting work between pub shifts and delivering fireplaces. Combining their takings they put this into selling leather gun slips to the keen shooters. Using their new knowledge of leather they came up with the next idea… shoes!

The duo found a factory in Spain and flew themselves out to make a deal on 420 pairs of off the shelf loafers. Six weeks later 390 pairs of Fairfax & Favor branded shoes arrived, which were quickly stored in the attic. After failing to sell their shoes through shops in Norwich, and to friends and family they headed to their first game fair. After selling 80 pairs of shoes they invested every penny back into the company.

Over the next year, the boys grew the company in whatever spare time they had between the pub and delivering fireplaces. Then came their lucky charm… The Regina. After realising a gap in the market they gave the Spanish riding boot a different song to sing, with a slim fit, stylish heel and an interchangeable tassel the Regina was born. The Regina quickly flooded the market and the Fairfax & Favor name was now creating a fantastic reputation. Fairfax & Favor released limited edition colours, whilst continuing to stock the favourites. The footwear collection expanded into shoes, loafers, chelsea boots and driving shoes but the Regina stayed a consistent bestseller.

Fairfax & Favor had a key aspect in mind when developing the brand, and that was the high quality feeling when visiting their high street stores and show stands. Using their regular appearances to country game fairs and shoes, they turned whispers in their HQ home town of Norfolk into the must have brand of every country girl all over the UK. With a ladies love of shoes comes a ladies love of handbags. The reason Fairfax & Favor expanded their footwear range into handbags was simple, women want to buy boots to match their handbags and visa versa. Fairfax & Favor boots now have a beautiful line of handbags to be paired with. With the original bestseller the ‘Windsor’ still continuing to please a wide audience.

Having conquered the Spanish riding boot, Fairfax & Favor took a different direction, and looked at creating a boot fit for the field with the same elegant style from the Regina. The Imperial Explorer arrived, handcrafted in wax leather, lined with a water-resistant membrane this comfortable outdoor boot created a stylish alternative to your everyday wellington boot. The Imperial Explorer was the proud winner of the 2017 New Footwear product award at the Shooting Industry awards. This Fairfax & Favor boot is in such demand that Fairfax & Favor have released new calf sizes in the boot to cater for as many women as possible.

In 2016 Fairfax & Favor recognised an opportunity to create a limited edition pink tassel in crocodile print leather, to not only excite their loyal customers but also raise money for a charity close to the hearts of women all over the globe. This charity is significant to both Marcus and Felix after both their Grandmothers were diagnosed with Breast Cancer.

The Fairfax & Favor tassel was produced with both style and versatility in mind, adding a feminine pink swoosh not only to their best selling boots, but also to handbags and keyrings. The tassels retailed at £30 with 100% of takings donated to Breast Cancer Care. They were extremely successful in raising £14,854 and smashed their £10,000 target. The tassels caught the attention of many familiar faces, including Made In Chelsea’s star Georgina Toffalo, three times gold medallist Charlotte Dujardin and sports reporting’s leading lady Clare Balding.

In 2017 after the success of the previous year, Fairfax & Favor launched the limited edition Sennowe belt in baby pink. This was a huge success for Fairfax & Favor, breaking their record once again they raised a huge amount of £15,000 for Breast Cancer Care.

In 2018 Allcocks Country were delighted to be supporting Fairfax & Favor with their ongoing mission of raising money for women living with breast cancer. Fairfax & Favor bought back the pink tassels only this time they are bigger and brighter, with additional length and a new hot pink colour. We took on a collection of the tassels and to our delight sold out very quickly. We look forward to continuing our support to Fairfax & Favor with their mission to beat their target each year.

Back to top
Subscribe to our newsletter! Be the first to hear about our latest offers and new arrivals
Success!

Thank you for signing up to our newsletter!